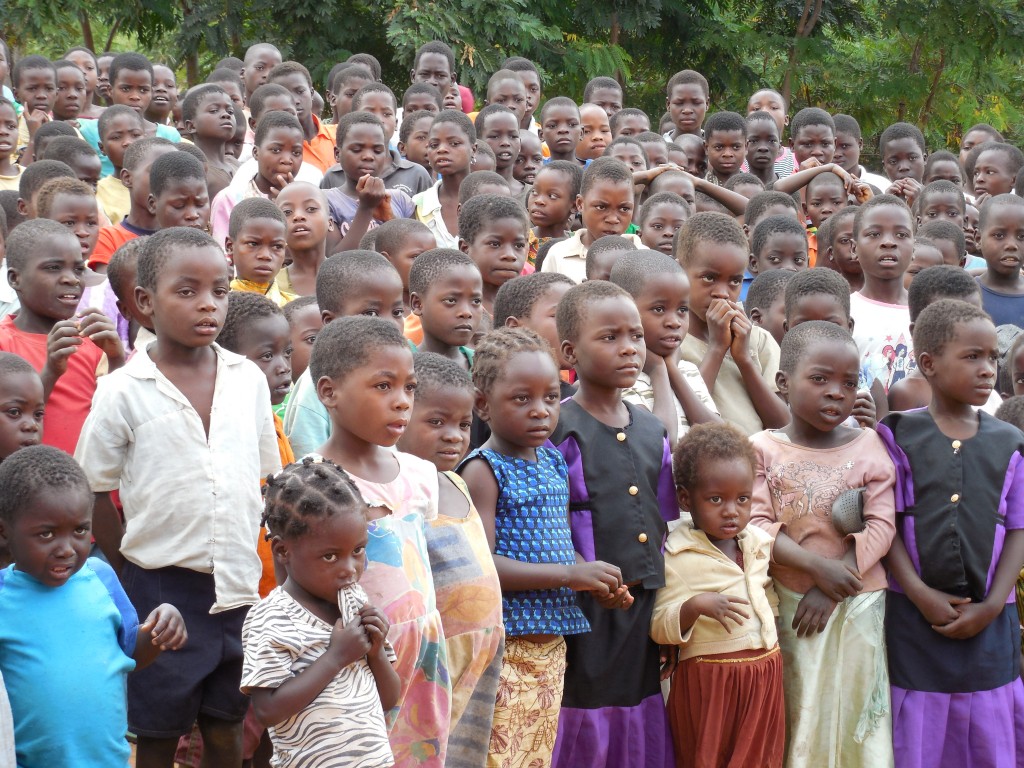 10 years!!!! In February, 2005, the elders of four local villages started an orphan project with 125 orphans. Their purpose was to feed and support the increasing number of local orphans and their caregivers.  They started with a small grass building. 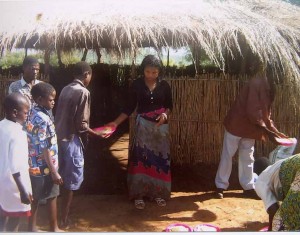 They fed the orphans two times a week. They also gave the children time to play and shared Bible lessons with them.

The elders of the villages contacted Shadreck Chikoti and asked him to help them with the orphans. He formed a board of directors and began Kanyenyeva Orphan Care Ministry, a Malawian NGO.

Malawi was experiencing a severe drought that year and the orphan project ran out of food before the planting season started. In September, 2005, 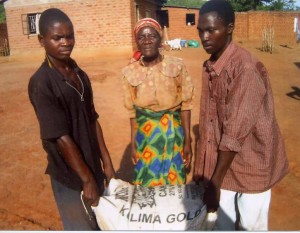 Shadreck contacted everyone he knew through an email requesting help to feed the orphans. A woman from Ohio received his email and brought it to the attention of her church, First English Lutheran Church in Mansfield. They chose to use their Advent offering to help the orphans at Kanyenyeva Ministry. The sent $3,000 to help buy food, plates, utensils, seeds and fertilizer to be used at the orphan project. The orphan project was also able to purchase fertilizer and seed to give to the caregivers.

First English Lutheran Church realized that the needs for the orphans and their caregivers did not end after they received the Advent offering. They chose to continue to support the orphan project however they could. 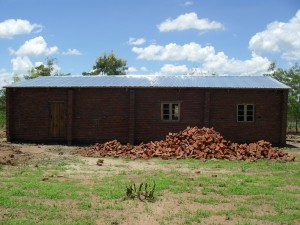 Through the donations of First English Lutheran Church, the orphan project was able to grow. In 2009, Bob Enskat donated the money to build a hall for them to meet for Bible lessons and other community events.

The brick building and metal roof allowed the children a place to eat during the rainy season. However, the women 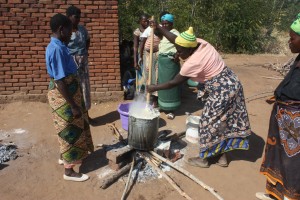 cooked over a three stone fire so it was difficult to make meals for the children during the rainy season. 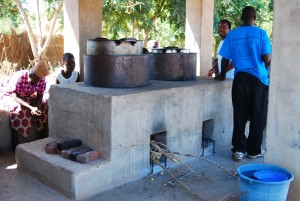 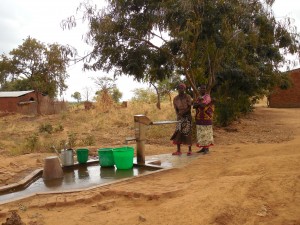 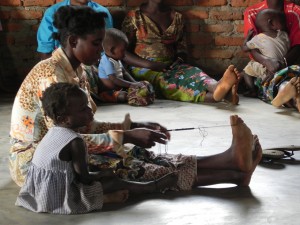 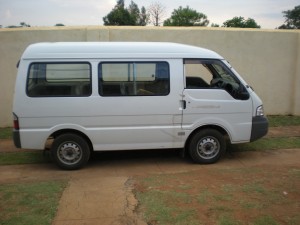 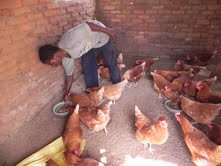 The village committee realizes the importance of education and encourage all the children to attend school. If the elders hear that a child has not 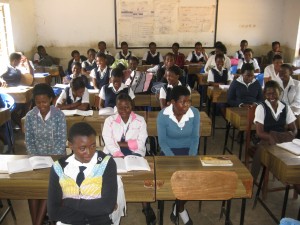 attended school, they talk to that child to find out why they were not at school and to encourage them to go. The orphan project now supports 33 high school students with scholarships. Five of those students, are vulnerable girls who attend boarding school.

Much has happened in the past 10 years. The Kanyenyeva Orphan Care Ministry started with 125 registered orphans. They now have 300 registered 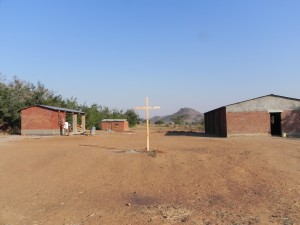 They have been able to give blankets and solar light to the children. They have given solar lights and water 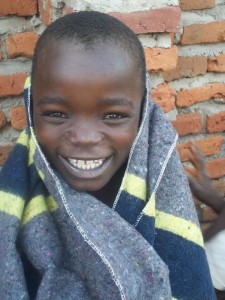 back packs to the caregivers. Each year, they have increased the number of orphans that attend high school by scholarship. Last school year, they helped 25 and this school year they are helping 33.

They have outgrown both the meeting hall and the kitchen. The people of Kanyenyeva take pride in the orphan project and the growth that it has brought to the local community. 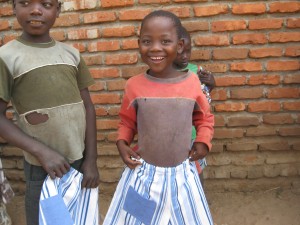 They are able to give clothes and sometimes shoes to the children.

Where will God lead us in the next 10 years?