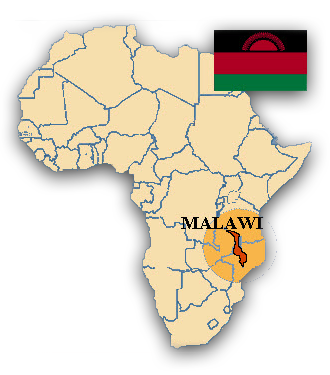 Malawi:
The Warm Heart of Africa

Malawi is described as the Warm Heart of Africa. Its scenery is breathtaking and the Malawi people are warm and friendly. Although Malawi is a beautiful country, it is one of the poorest countries in the world with at least 70% of its population living below the international poverty line of $1.90 a day, according to UNICEF.

Despite these difficulties, the Malawian people are kind and extremely hospitable with the little that they do have.

The country of Malawi is small, about 45,560 sq. mi., which is about the size of the state of Pennsylvania. It is located in the southeast part of Africa. Mozambique wraps around its southern border. To its west is Zambia and to its east is Tanzania. Lake Malawi lies between Malawi, Tanzania and Mozambique. Lake Malawi is the 3rd largest lake in Africa and 8th largest lake in the world. It also has the most diverse fish population of any lake in the world.

Malawians are a religious people. Almost 77% of the people of Malawi profess to be Christians, 13% profess to be Muslim and 4% state that they believe another religion or have no religious affiliation. Most Malawians speak Chichewa but English is the language used in universities and businesses.

The population of Malawi is estimated to be 17,000,000 people. According to the CIA’s website, The World Factbook, 77% of its labor force works in agriculture and the other 23% in industry and services. 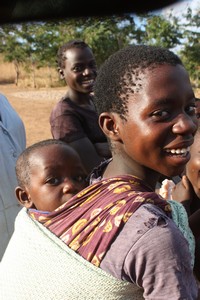 Due to the extreme poverty in Malawi, the life expectancy of someone born in 2021 is 72 years. The primary causes of death in Malawi are HIV/AIDS, pneumonia, diarrhea, and malaria. The World Factbook website states that Malawi has 40 physicians for every 1,000,000 people leaving their health care system understaffed and inadequate.

School for children through standard 8 (8th grade) is free. If a child passes a test and can afford it, they can go on to secondary school (high school). Secondary School in Malawi is not free and can cost anywhere from $150/year for a local school to $1,500/year for a boarding school. Approximately 40% eligible students attend secondary school according to the Malawi National Statistical Office report in 2018. The student to teacher ratio is 58:1 according to UNESCO Institute for Statistics.

The National Statistical Office of Malawi states in a 2018 report that 3% of the population own a car, 35% own a bed, and 6% own a refrigerator. This report also states that 12% of the population electricity for lighting their homes and 79% use firewood as their main source of fuel for cooking.

Life in Malawi is very different than in the Western world. Malawians seem to be resource poor; however, they are relationship rich. They are warm, friendly, and have beautiful smiles. They will quickly share with you what little they have. Malawi truly is the Warm Heart of Africa.